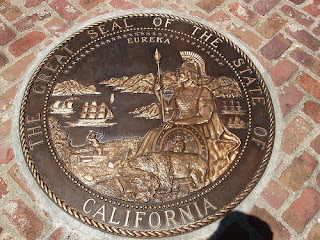 (Note from the blog's administrator - this article is published in the interest of free speech.  The following views are those of its author, and not necessarily the views of the blog's publisher.)

Now a charge is Tax, if the charge specifically does not benefit those who pay the charge.

Millions that SFMTA got from us is equivalent to getting around 5 Billion dollars from those in San Francisco.  California Constitution Article XIII-C Section 2 says you need 2/3 of the voters to do that.

They get away with this, and other laws that they broke,  because nobody presses charges.  I brought that to the Supervisors that reelected Mr. Malcolm Heinicke.  They do not give a damn.  They just had our time wasted because they had already made their mind before they got into the Room 263, today 4/19/12.  If our comments were noteworthy to Supervisors, then they would consider its truthfulness and relevancy before approving Mr. Malcolm Heinicke unanimously.

I gave Supervisors the segment below.  They said they would file it for me (or something like that).  They did not pay any attention to verify if it would disqualify his reelection or not.  That is why I am sure that Supervisors will not put our agenda on the ballot for the voters to vote and surely taxi industry will pay for its inaction.


The positive side is that life will go on; with or without us.  Below is my last gift to those that would not read it/would  not care.

If I am correct, in deciding whether to reelect Mr. Malcolm Heinicke to MTA board, your decision is based on his qualification; not just on what the Mayer wants.  Please make sure thatMr. Malcolm Heinicke, a lawyer and taxi industry expert of MTA Board, knows these very simple basics.  Because, you do not want to appoint a Math teacher that does not know 1 + 1 = 2.

To form an educated decision, let us get confirmation about these facts and then learn about his stand and voting records.

Facts above resulted in cab drivers, fearing Government, showed their frustration from MTA board decision by circling the City Hall in mass; when MTA board did not responded to their demand, having family to feed, they started driving town cars as illegal cabs.  Is there any truth to that?

Given you wanted cab drivers buy medallions and then pay for it; how would they pay off these $250,000 loan (with interest), if they give their medallion to a qualified cab company and then drive as gas-and-gate?

Isn’t it true that not wanting cab drivers to run their small business (buy their cab, get their insurance, hire drivers, etc) is being anti-competition and anti-small business?

What is the justification for getting $250,000 from cab drivers, to allow them to operate a taxi cab medallion permit (this is not counting thousands of dollars that they have to pay every year for other fees; as a consequence), while those making over a Million/year pay only a small fraction of it for operating their permit?  By the way, there are over 200,000, in America that make over one Million Dollars/year.

Mr. Malcolm Heinicke agreed to MTA selling around 200 medallions; and collecting around $30 Millions from taxi industry.  My comment: This is equivalent to collecting 5 Billion dollars from San Francisco population.  According to Article XIII-C, Section 2 of California Constitution, 2/3 of the voters must agree to that before it being implemented.

Mr. Malcolm Heinicke agreed to MTA GPS monitoring of cab drivers; which are self-employed independent contractors.  My comment: In the name of collecting data and improving service, no other governmental regulatory body has done that to the businesses they regulate.  Fourth Amendment of United States Constitution has given us protection against government abuses.

Given that in the past, Government showed green light to abuse.  As a result, hair and skin was taken from men, women, and children of American Indian descent to profit.  Should authorities draw a line and prevent abuse of power?

Should Board of Supervisors prevent an unqualified person from reelection?  Mr. Malcolm Heinicke is a lawyer and taxi industry expert in MTA board.  There is no justification for repeated abuse of power.