(Photos by John Han)
Okay so this isn't directly taxi related.  But as a cab driver I could relate.  One would never get rich being a cab driver.  At the same time, we live in a city with lots of millionaires and billionaires.  I also think I've had every kind of person in my cab that either participated in the march, or watched it (either with approval or disapproval).
Thought I'd post pictures and and comments on Wednesday's "Occupy SF" march.  The Huffington Post has coverage of it.
I would think other cab drivers could relate.  BTW, this was a very peaceful protest. 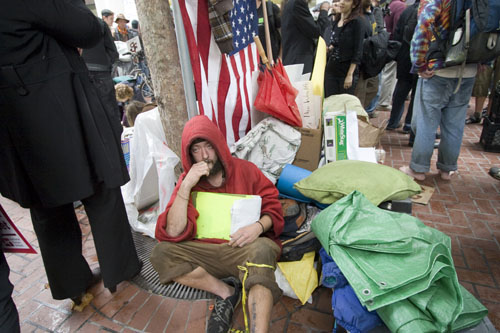 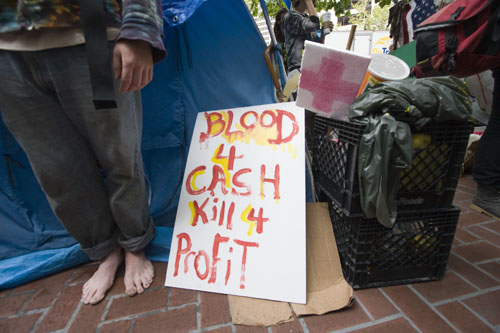 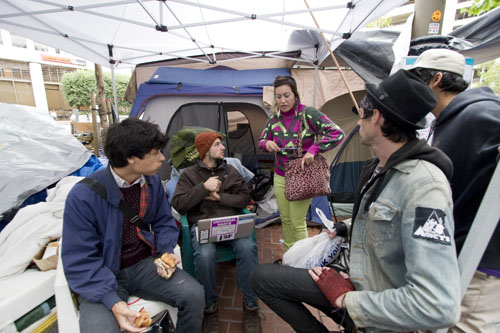 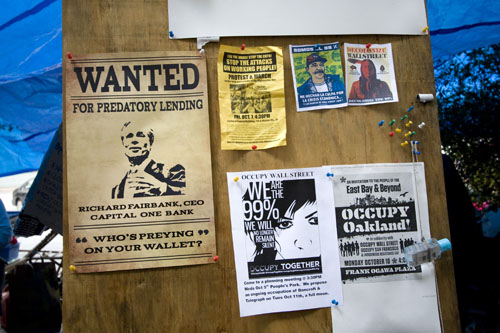 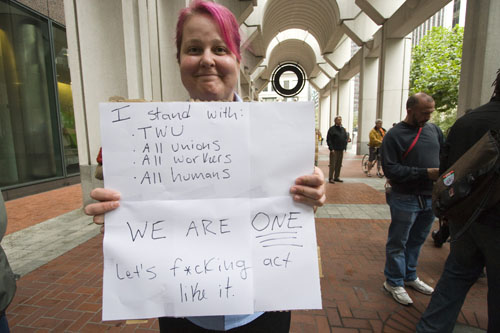 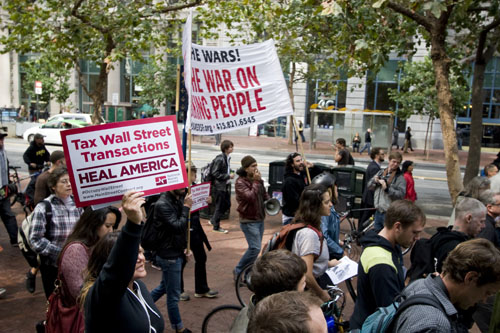 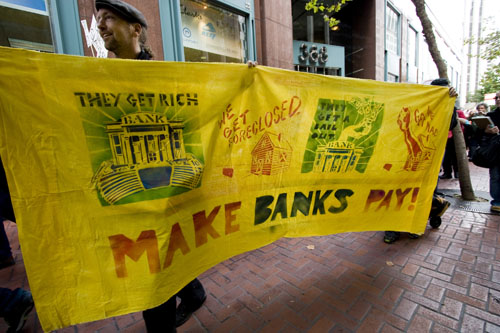 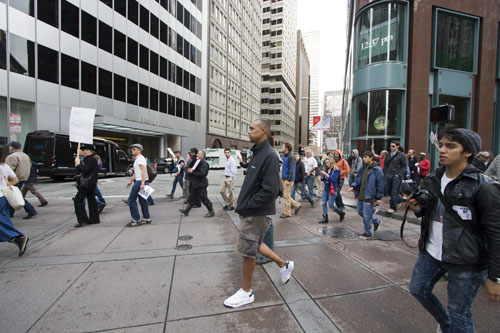 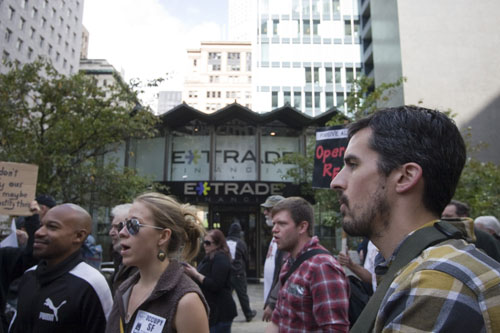 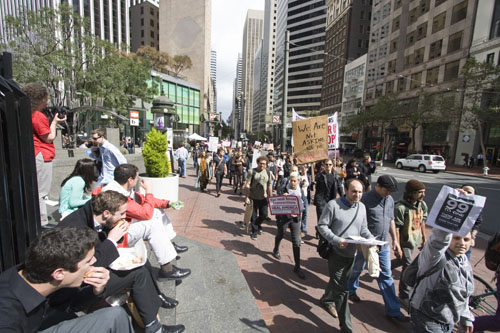 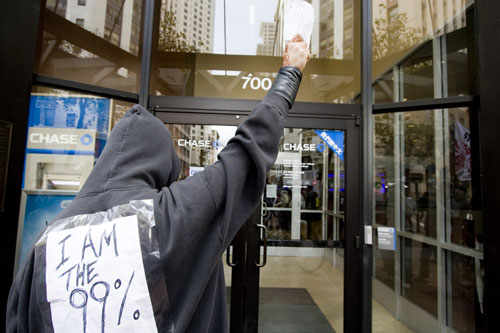 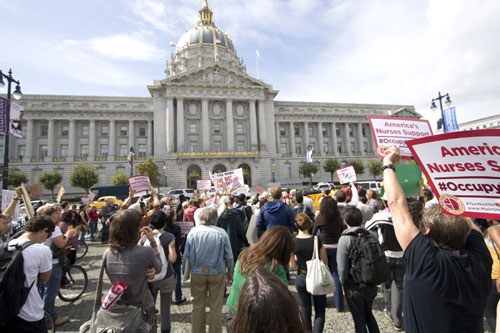 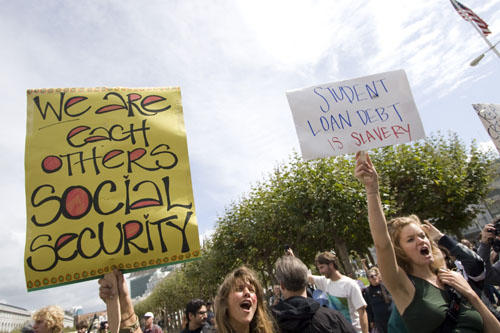 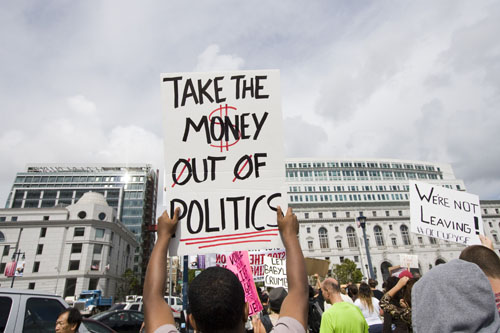 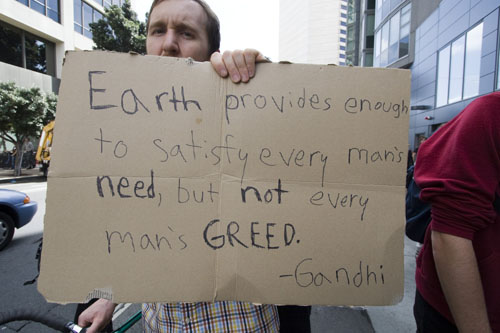 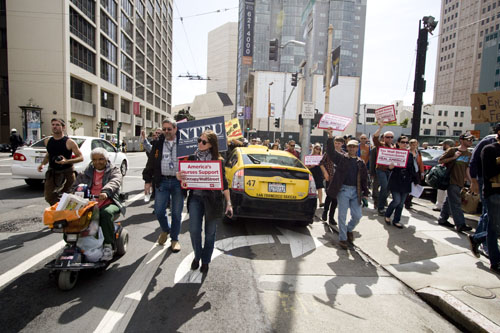 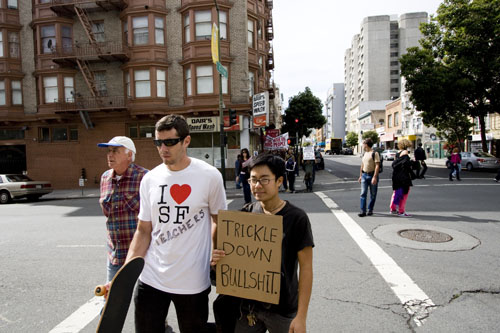 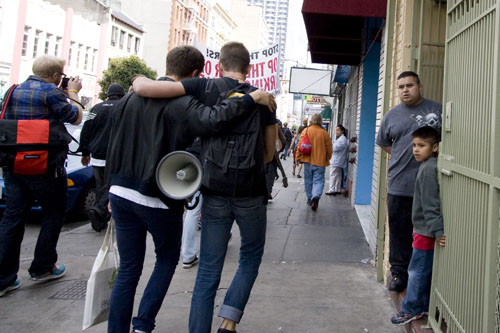 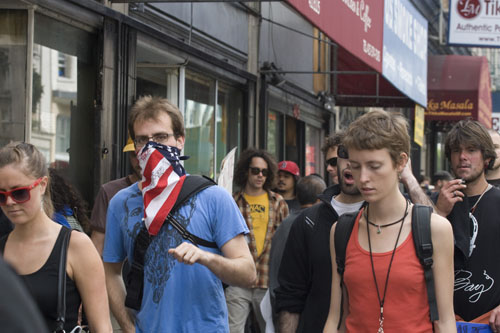 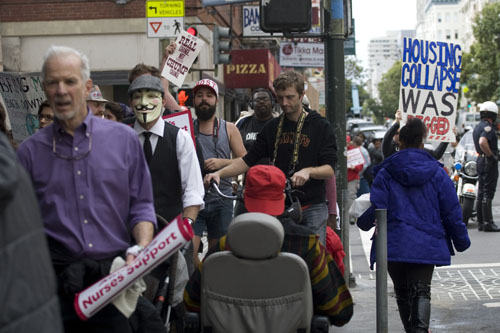 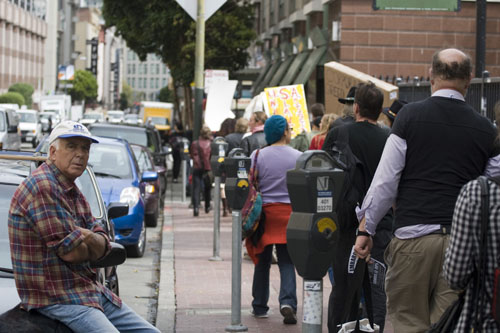 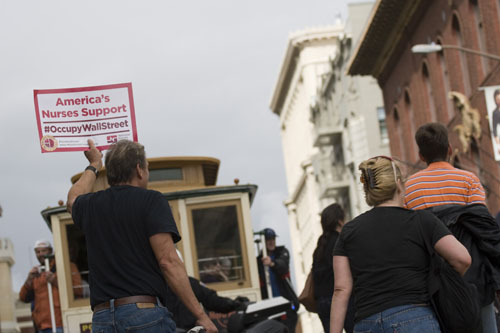 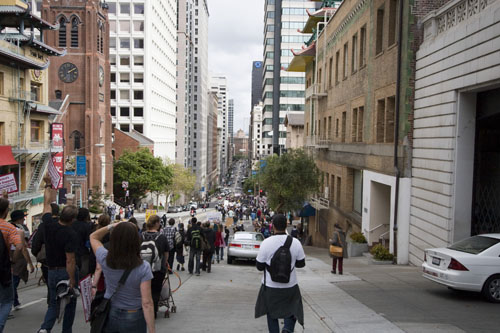 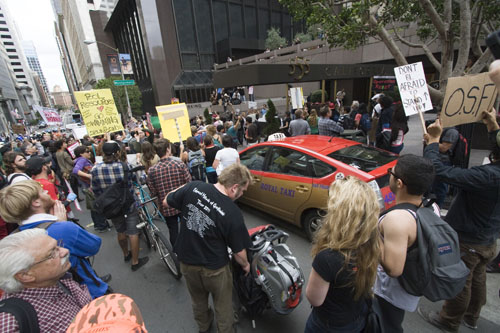 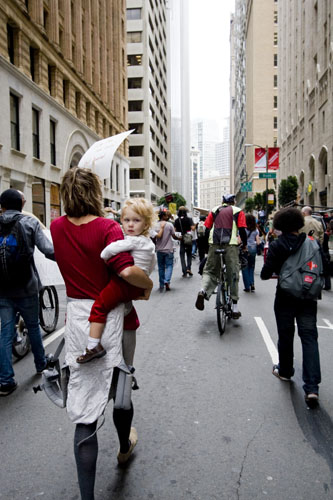 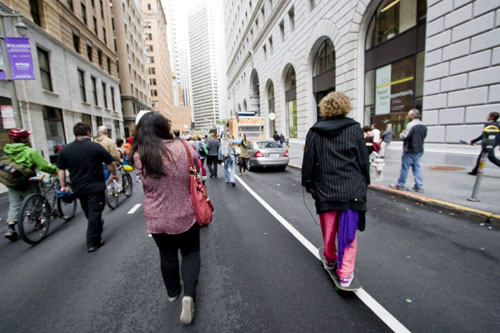 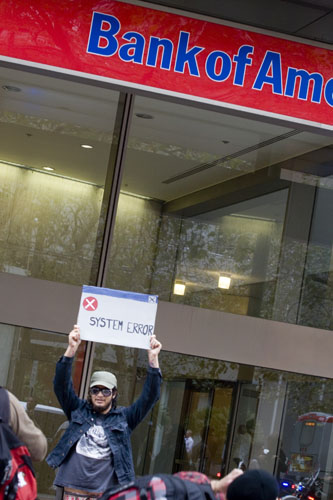 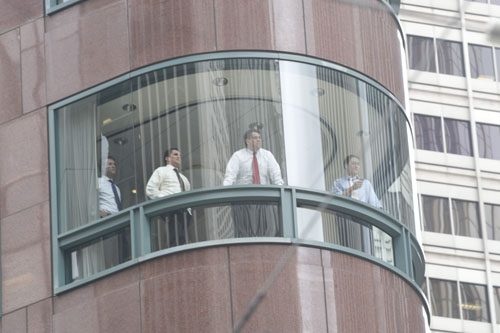