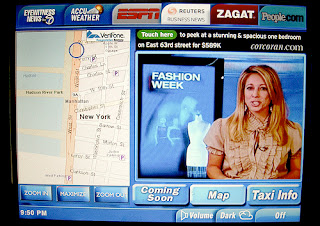 The consulting firm is conducting interviews on an invite only basis with persons from San Francisco's taxi industry, including representatives from Yellow, Luxor, De Soto, Green, Metro, National, Black and White Checker Cab, the Medallion Holders' Association, the San Francisco Cab Drivers' Association, the Burmese Cab Drivers' Association, Tariq Mehmood, and a handful of others.
Interviews began on Tuesday, August 16th, 2011, and are scheduled to continue until Thursday, August 18th.
Although the credit card fees, rear seat PIMs, and electronic waybills are being supported by a share of the industry's cab companies, the items were the main targets of four taxi protests staged by cab drivers between April and June of 2011.

At least two of those protests were major in size, involving hundreds of cab drivers circling City Hall in their taxis and honking horns for hours.  Another one of the protests also involved taxis circling City Hall and honking, but was smaller in size.
In the past, the San Francisco Planning and Urban Research Association (SPUR) consulted with Nelson Nygaard in a report titled, "Making Taxi Service Work In San Francisco".  That report was dated in 2001.

It includes recommendations such as returning to a "split-meter" system, claiming that a split-meter would give cab companies direct financial incentive to improve service, carry more passengers, and expand markets.  The 2001 report says that with direct financial incentive to service the public, cab companies would become true taxi providers again, rather than remaining simply as car rental companies that do not necessarily provide services to the public.